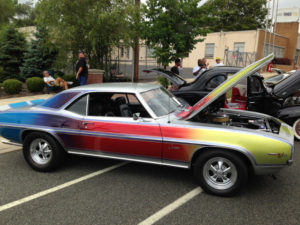 If the cops in New Jersey charged you with DWI in a School Zone, then read on. Jersey City cops recently alleged that a man fled an accident and collided with about two dozen other vehicles before they arrested him. In addition, media reports indicate witnesses saw the motorist collide with seven vehicles. Furthermore, a tow truck operator claimed the incident involved 20 vehicles. The tow truck driver, whom the media neither identified nor qualified as a Drug Recognition Expert, claimed the driver was “high off something.” Nevertheless, the media quoted this lay witness as stating, “Like angel dust.” Police arrested the driver about one mile from the accident. Consequently, they charged him with DWI in a school zone. Additionally, they charged him with marijuana possession, DWI, reckless driving, and leaving the scene of an accident. Moreover, they charged him with careless driving and failure to report an accident.

Known as “Filomena’s Law,” New Jersey’s enhanced penalties for DWI in a school zone honor the memory of Filomena Coppola. A drunk driver struck and killed Ms. Coppola, a well-known and popular crossing guard, while she was protecting children at a school crossing. The legislature enacted these enhancements to make the streets near schools safe for students and crossing guards. Thus, the law creates a round-the-clock safety zone within 1,000 feet of the designated property.

Filomena’s Law applies when a Driving While Intoxicated violation occurs while:

Based on N.J.S.A. 39:4-50(g), in addition to mandatory minimum fines and other standard penalties, a first conviction carries mandatory:

Based on N.J.S.A. 39:4-50(g), in addition to mandatory minimum fines and other standard penalties, a second conviction carries mandatory:

Based on N.J.S.A. 39:4-50(g), in addition to mandatory minimum fines and other standard penalties, a third conviction carries mandatory:

According to the DWI in a school zone statute, a map or true copy of a map depicting the location and boundaries of the area on or within 1,000 feet of any property used for school purposes which is owned by or leased to any elementary or secondary school or school board may be used in a prosecution under paragraph (1) of this subsection. Additionally, with respect to school crossings, the State can prove their designation with a certified copy of the relevant resolution or ordinance.

DWI in a School Zone Defenses

Per the DWI in a school zone statute, however, it shall not be relevant to sentencing under paragraph (1) or (2) of this subsection that the defendant was unaware that the prohibited conduct took place while on or within 1,000 feet of any school property or while driving through a school crossing. Nor shall it be relevant to sentencing that no juveniles were present on the school property or crossing zone at the time of the offense or that the school was not in session.

Defending a person charged under the DUI statute requires experience. Of course, that requires a thorough knowledge of the law. If a police officer decides to charge you, and you were near a school zone, NJ DWI Lawyer Michael A. Smolensky, Esquire, knows how to protect his clients. Indeed, Mr. Smolensky can provide confidential consultations on all cases involving DUI. Call Now—(856) 812-0321.