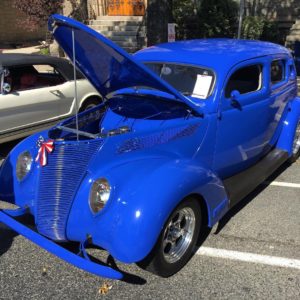 Finally, and ostensibly the most surprising, a third individual was allegedly arguing with another person outside police headquarters on January 30. The news item does not indicate whether he was behind the wheel of a vehicle during the argument. Nevertheless, the police charged him with Reckless Driving and DWI.

Under New Jersey law, the police may file charges for Reckless Driving against a person who drives a vehicle heedlessly, in willful or wanton disregard of the rights or safety of others, in a manner so as to endanger, or be likely to endanger, a person or property.1

Any person who is guilty of reckless driving shall be punished by imprisonment in county or municipal jail for a period of not more than 60 days, or by a fine of not less than $50.00 or more than $200.00, or both.

On a second or subsequent conviction the person shall be punished by imprisonment for not more than three months, or by a fine of not less than $100.00 or more than $500.00, or both.

“Person” includes natural persons, firms, copartnerships, associations, and corporations.2 This broad definition has more significance as applied to the endangerment element of this statute.

“Vehicle” means every device in, upon or by which a person or property is or may be transported upon a highway, excepting devices moved by human power or used exclusively upon stationary rails or tracks or motorized bicycles.3 For purposes of this statute, the word “vehicle” includes “street cars.”4

“Street car” means a car other than a railroad train, for for transporting persons or property and operated upon rails principally within a municipality.5

“Railroad train” means a steam engine, electric or other motor, with or without cars coupled thereto, operated upon rails, except street cars.6

New Jersey Motor Vehicle Lawyer Michael Smolensky, Esquire, knows how to protect his clients. A charge of Reckless Driving calls for an aggressive defense, and Mr. Smolensky can provide consultations for all such cases. Call Now—(856) 812-0321.