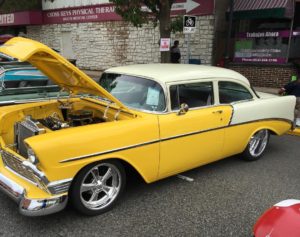 This post will refer to New Jersey’s drunk driving law as driving under the influence (DUI), driving while intoxicated (DWI), and—without intending to be redundant—drunk driving. But forget the word “driving” because the statute defining the offense does not use that word. And forget about placing the motor vehicle in “drive” as a prerequisite for this offense. Instead, the statute sets forth penalties for a person who operates a motor vehicle while under the influence of intoxicating liquor, narcotic, hallucinogenic or habit-producing drug, or operates a motor vehicle with a blood alcohol concentration (BAC) of 0.08% or more by weight of alcohol in the defendant’s blood. Indeed, the meaning and scope of operation greatly exceeds driving. And assuming the title of this post or my use of bold letters did not tip you off, this post will address the meaning of the term operate (or operation).

The New Jersey legislature defined the term motor vehicle, which applies to the entire Motor Vehicle Code. Additionally, the legislature defined the terms operator and driving. Indeed, operator means a person who is in actual physical control of a vehicle or street car. Furthermore, driver means the rider or driver of a horse, bicycle or motorcycle or the driver or operator of a motor vehicle, unless otherwise specified. But the legislature did not define operation (or operate). Consequently, the courts accepted the responsibility to define it.

Just as the legislature defined motor vehicle broadly, the courts have also defined and applied operation broadly. And although a person charged with DWI might disagree, this broad interpretation acknowledges the devastating consequences that can result from getting behind the wheel of a motor vehicle in an intoxicated state. And to be candid, I cannot imagine how the courts could justify narrowly interpreting this term. Nevertheless, candor also compels one to recognize some of the examples of operation stretch the boundaries of reasonable expectations.

The Elements of Operation

The elements of operation consist of

Getting Behind the Wheel

When an intoxicated person gets into a motor vehicle and sits in the driver’s seat—boom!—the person has satisfied all the elements of operation. If you need more convincing, however, here is a case that decided operation does not require turning the key to the ignition.1

In Mulcahy, a police officer saw the defendant exit a bar, stagger toward an illegally parked car, get behind the wheel, take out his keys, and start to put the keys in the ignition. But before the defendant started the engine, the officer reached in the car window and took the keys out of defendant’s hand.

The Mulcahy Court distinguished between “operating” a motor vehicle with respect to a moving violation and “operating” with respect to drunk driving. Accordingly, the essence of DWI is the defendant’s impaired physical coordination or mental faculties rather than how he is driving.2

In an earlier case, the individual had “operated” the vehicle under the DWI statute after the vehicle ran out of gas and the defendant’s mother used her car to try to push the defendant’s car.3 This example appears to stretch the bounds of reasonable expectations. Nevertheless, Stiene and subsequent case law stand for the proposition that an intoxicated person violates the statute when he gets behind the wheel and not only intends to operate the vehicle4, but also attempts to do so (even though unsuccessful) and there is the possibility of motion.

Based on the foregoing, “operate” includes getting behind the wheel. More specifically, it entails controlling the vehicle, and is intended to forbid persons from doing anything with regard to the mechanism of a motor vehicle, irrespective of any effect on the engine. Similarly, a person begins to operate the instant he begins to manipulate the vehicle’s machinery for the purpose of putting the car in motion. Furthermore, “operates” refers to the actual physical handling of the controls of a vehicle.5

I’m not suggesting anyone operate a motor vehicle while intoxicated. But if you get caught, NJ DWI Attorney Michael A. Smolensky, Esquire, knows how to protect his clients. Mr. Smolensky can provide consultations on all cases involving DWI. Call Now—(856) 812-0321.

4 Stiene, supra note 3, required proof of intent to operate in a public place. In yet another case that appears to stretch reality, the Appellate Division subsequently omitted the “public place” requirement where the defendant was operating the motor vehicle in the garage of his home. State v. Garbin, 325 N.J. Super. 521 (App. Div. 1999).