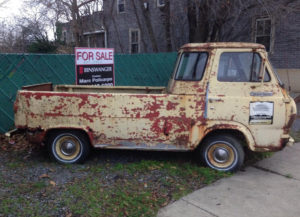 Previously I blogged about motor vehicle operation under the New Jersey drunk driving statute. Understandably, people generally assume drunk driving requires proof that the defendant drove. Despite its title, however, the DWI statute does not prohibit driving. Instead, it prohibits motor vehicle operation, which is significantly broader than driving. Indeed, the broad interpretation and application of operation by New Jersey courts complements the State’s legislative policy prohibiting this conduct by intoxicated people.1 But it also yields results that must seem absurd, or at the very least unreasonable, to the ordinary person. While any defense should analyze the issue of operation, a person facing charges in New Jersey for DUI will almost certainly need a defense that negates or undercuts other aspects of the State’s case, too. A review of the operation cases illustrates why this is so.

I have represented clients charged with DWI who parked their vehicle to sleep. Subsequently, the officer saw the parked vehicle. In cases like this, the officer only observed a sleeping person. Of course, one might assume that proof the defendant was asleep in a stopped vehicle would negate the State’s burden to prove operation under the DWI statute. But case law contradicts this assumption.

In one reported opinion, a cop found a man sleeping alone in an automobile with the headlights on and the engine running. The court found the defendant operated the motor vehicle. Among other things, the court considered how the automobile got to where the cop found it. The court reasoned the automobile could have only reached that place by operation of it. Consequently, the court concluded the defendant had operated his motor vehicle under the New Jersey DUI statute.2

In another reported opinion, a defendant took the position that the state could not prove operation because nobody saw him driving his truck. Indeed, the cops found him sleeping with his head over the wheel, the headlights and ignition on, but not the motor. Based on this evidence, as well as having admitted to driving the truck, the court found he had operated it. The court’s opinion allows us to infer it drew this conclusion based, among other things, on the location where the police found the truck. After all, it could not have gotten there unless it had been operated.3

The State Trooper found the defendant alone behind the wheel of a parked car on the highway. Traveling alone, the defendant told the cops he had been in Philadelphia earlier, and he parked because he ran out of gas. Based on this evidence, the panel found the state proved operation.4 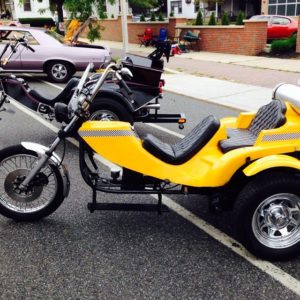 The cops saw the defendant, while straddling the seat of a motorcycle, coast a short distance down a slight incline in the road.5 He did not have the key, therefore the engine was off. The police had prior contact with him that day when they responded to a call about an altercation with his girlfriend. Under these circumstances, the court found the defendant operated the motor vehicle within the New Jersey drunk driving statute.

With respect to the issue of coasting, the court reasoned the law protects the public from the operation of a motor vehicle by intoxicated drivers, whether the engine or gravity powers it. An intoxicated driver’s judgment and dexterity are impaired, irrespective of the vehicle’s power source.

With respect to the slow speed and short distance, the court explained neither the statute nor the judiciary distinguish between substantial and insignificant violations. On the contrary, the legislature considers the operation of certain types of vehicles to be sufficient risk to the public to impose penalties for all violations.

Responding to a call about a fire, a police officer smelled burning rubber, and saw smoke coming from defendant’s garage. When the garage door opened, the officer saw defendant in the driver’s seat of a pickup truck. The cops entered the garage and saw the truck tires spinning, creating smoke, and the front bumper pushing against the rear of the garage.6

New Jersey’s drunk driving statute is silent with respect to the place of operation. For example, it does not prohibit operation on a public highway. The panel reasoned when a motor vehicle statute does not refer to offenses occurring on a public highway, the statute usually applies throughout the State. As applied to the New Jersey DWI statute, the panel reasoned intoxicated motor vehicle operation poses extraordinary risks of injury to the driver and others or damage to property irrespective of whether it occurs in a private place, quasi-public, or public place.7 Consequently, the nature of the property is irrelevant.8

In addition, the panel reviewed the legislative history of New Jersey’s DWI statute. A 1921 amendment to the DWI statute removed the text “over any public street or highway.” Consequently, the legislature enlarged the scope of operation under the statute to include either a public or private place.9

Despite the rule of lenity, based on the principle that no one should be punished for a crime unless both the crime and its punishment are clearly set forth in positive law, the foregoing cases demonstrate the exceedingly broad interpretation and application of the operation element of the DWI statute. It applies on public, quasi-public, and private property anywhere in New Jersey. It applies irrespective of speed or distance traveled. And most importantly, it applies as soon as the intoxicated individual gets behind the wheel.

Consequently, I’m not suggesting anyone operate a motor vehicle while intoxicated. But if you get caught, NJ DWI Attorney Michael A. Smolensky, Esquire, knows how to protect his clients. Mr. Smolensky can provide consultations on all cases involving DWI. Call Now—(856) 812-0321.

1 “We firmly endorse the governmental commitment to the eradication of drunk driving as one of the judiciary’s own highest priorities.” Matter of Collester, 126 N.J. 468 (1992).