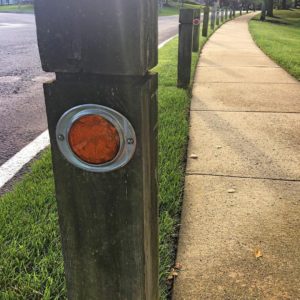 Recently Fair Lawn authorities charged a husband and wife after an alleged altercation involving road rage and another driver. News reports indicate problems began when the husband stopped his minivan in front of a compact car. After the drivers emerged from each vehicle, they exchanged words. Next, news reports claim the husband returned to his vehicle and got a golf club. Subsequently, he hit the other man in the head with it, per the news. Because the physical struggle continued, the wife also allegedly struck the man several times with club. Thus, some might view her actions as defense of others. Nevertheless, the cops charged the husband and wife with aggravated assault and possession of a weapon for an unlawful purpose.

Subject to the provisions of this section and of section 2C:3-9, the use of force upon or toward the person of another is justifiable to protect a third person when:

Notwithstanding subsection a. of this section:

Did the cops charge you after you defended a friend?

New Jersey Criminal Lawyer Michael A. Smolensky, Esquire, knows how to protect his clients. Mr. Smolensky can provide confidential consultations in all cases involving Use of Force for the Protection of Other Persons.