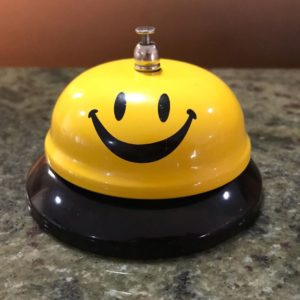 Do you remember the 1980s movie License to Drive starring Corey Haim and Corey Feldman? One unforgettable scene occurred when Haim failed his driving test. Helen Hanft confronted Haim with the bad news. In addition to one choice expletive, Hanft warned Haim, “God giveth and the D.M.V. taketh away!” Recently, a woman at the Bayonne Motor Vehicle Commission allegedly lost her temper caused by the long lines. And it seems this is something anyone who has ever visited an M.V.C. ought to relate to. After all, who hasn’t felt the urge to express dissatisfaction with the M.V.C.? Nevertheless, most people choose resisting these impulses. It might be because most adults know government bureaucrats delight in shirking personal responsibility, scapegoating, and passing the buck.

But this woman in Bayonne must be a Jersey Girl because she expressed her dissatisfaction! Indeed, news reports claim she pushed a manager and security guard, and she allegedly kicked police officers. Additionally, she smashed computer equipment causing an alleged $23,000 in damage. Furthermore, she allegedly struggled with authorities as they tried to restrain her. Moreover, she allegedly provided authorities with a false name. As if all these things were not enough, a search incident to arrest revealed an alleged PCP-laced marijuana cigarette. Consequently, the cops charged her with aggravated assault, simple assault, criminal mischief, hindering apprehension, drug possession, and resisting arrest.

Did the cops charge you with Resisting Arrest?