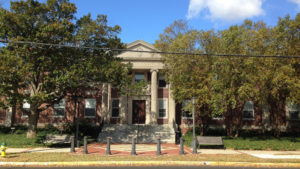 Fans of Bruce Springsteen around the world know down the shore everything’s all right. Unfortunately, recent news suggests some problems there for one Jersey Girl. Indeed, Wildwood City cops recently charged a nurse with various crimes involving prescription fraud, per their news release. The investigation began when a victim reported a female of Asian descent for allegedly filling out prescriptions in his name. And the cops claim they verified this with the pharmacy. The investigation developed when police received a subsequent complaint of an Asian female’s alleged attempt to fill a fraudulent prescription. This time, the suspect had not left the premises. Consequently, the police arrested her. Additional investigations indicate the nurse allegedly forged prescriptions on more than one date. Therefore, the cops charged her with forgery, obtaining prescription by fraud, and criminal attempt, per the news.

Nevertheless, the presumption of innocence applies until the State proves guilt in court beyond a reasonable doubt.

A person is guilty of an attempt to commit a crime if, acting with the kind of culpability otherwise required for commission of the crime, he:

Did the cops charge you with a crime?