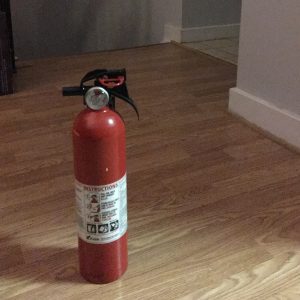 Willingboro cops charged a woman for allegedly killing her husband, per nj dot com. Charged with murder and a weapons charge, she allegedly struck him over and over with a fire extinguisher. Another press release from law enforcement passed off as the news. Who might question their narrative?

Indeed, her public defender has taken the position she acted in self-defense. During a court appearance, her lawyer told the court her husband was suffocating her. Additionally, she has no prior criminal record. Furthermore, she is a mother of three and a member of a Catholic parish according to the news. And apparently neighbors did not hear or see anything until police arrived there.

Subsection a. Use of force justifiable for protection of the person.

The use of force upon or toward another person is justifiable when:

Subsection b. Limitations on justifying necessity for use of force.

New Jersey Criminal Defense Lawyer Michael Smolensky, Esquire, knows how to protect his clients. Mr. Smolensky can provide consultations on all cases regarding use of Force in Self-Protection. Call Now—(856) 812-0321.