I have blogged about Donald Trump‘s support for the NYPD use of stop, question, and frisk as a national model. Please watch this 2010 report about the law, policy, people, and stop-and-frisk in Brownsville. Do cops issue tickets in part to make money for their municipalities? Will Trump adopt a stop-and-frisk policy for Muslims in order to create the national database he promised? When does public cynicism influence policy? To borrow the words of Benjamin Franklin, should Americans give up some of their liberty to get a little temporary safety?

Please view (or review) the following posts, too.
The Right To Be Left Alone v. Stop And Frisk
This links to a post with Fox News video documentation of Donald Trump’s support for the NYPD policy. It also highlights legal limitations on police authority with respect to individual members of minority groups.

Fighting Back Against Stop-and-Frisk
This links to a post with video documentation about organized protesters in New York City. The post also includes legal limitations on police authority to stop and frisk.

The Hunted and the Hated: An Inside Look at the NYPD’s Stop-and-Frisk Policy
Do you ever think to yourself, “that will never happen here?” Do you suppose these New Yorkers ever believed the same thing? Will body worn cameras (BWC) prevent or reduce this conduct? Is it acceptable when towns like Deptford, New Jersey, have refused to give their police BWCs and Dashboard Cameras? How can that be construed as protecting and serving the public? Does the popularity of a policy among some people justify its adoption when it harms other innocent people?

A Few More Questions About The Law, Policy, People, and Stop-And-Frisk 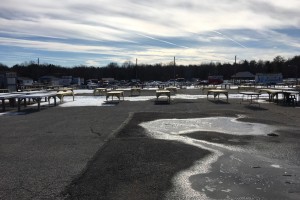 How does police power as documented in these sources help society?
Do those who make these policies set out to curb this exercise of power?
Do the benefits outweigh the intrusion on individual rights?
How does this policy harm society?