This video is about their march.

The Fourth Amendment prohibits the government from violating “the right of the people to be secure in their persons, houses, papers, and effects, against unreasonable searches and seizures.”

Additionally, the Fourth Amendment prohibits the issuance of warrants except on a showing of “probable cause, supported by Oath or affirmation, and particularly describing the place to be searched, and the persons or things to be seized.”

Thus, the Fourth Amendment protects individual liberty by prohibiting unwarranted police conduct—
except for the exceptions. 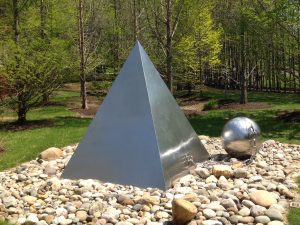 One exception permits police to stop-and-frisk individuals without a warrant. And this calls for proof that the police acted after forming a reasonable suspicion that:

Nevertheless, to stop a person, the law only requires a reasonable suspicion of criminal activity. And as to the frisk, the legal issue is whether the circumstances would warrant a reasonably prudent man in the belief that his safety or that of others was in danger. Both prongs require the police officer to point to specific and articulable facts which, taken together with rational inferences from those facts, reasonably warrant that intrusion. These requirements protect the right of the people against unreasonable searches and seizures.

But the Fourth Amendment does not enforce itself on the street. Instead, it guarantees at some point the conduct of the police will be subjected to review by a judge. Indeed, the judge must evaluate the reasonableness of a search or seizure against an objective standard.