State and federal law protect individuals from unreasonable government intrusion. Thus, “stop and frisk” is an exception to the law, not the general rule. The no-nonsense tough-talk appearance of a national stop and frisk policy might appeal to some people. But the right to be left alone is more important—and that’s no bull! It is the law. Consequently, judges, prosecutors, and defense lawyers take it seriously.

The Right To Be Left Alone

The right of the people to be secure in their persons, houses, papers, and effects, against unreasonable searches and seizures, shall not be violated; and no warrant shall issue except upon probable cause, supported by oath or affirmation, and particularly describing the place to be searched and the papers and things to be seized.

All persons are by nature free ‎and independent, and have certain natural and unalienable rights, among which are those of ‎enjoying and defending life and liberty, of acquiring, possessing, and protecting property, and of ‎pursuing and obtaining safety and happiness.

No person shall be denied ‎the enjoyment of any civil . . . right, nor be discriminated against in the exercise of any ‎civil . . . right . . . because of religious principles, race, color, ancestry or national origin. 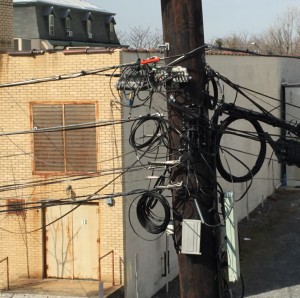 Without a factual basis to suspect criminal activity, courts prohibit the police from conducting a stop. Additionally, a reasonable suspicion is more than a mere hunch. It consists of things the cop saw, heard, smelled, or otherwise detected with his senses, of criminal activity. Furthermore, the criminality of an act must not depend upon the race of the actor.

The Equal Protection Clause of ‎the Fourteenth Amendment to the U.S. Constitution prohibits race-based law enforcement. By prohibiting discrimination, it guarantees people of all races equality under the law. Thus, the law protects freedom from unwarranted or overbearing police ‎conduct.‎

The remedy for anyone charged with crime arising out of an unlawful stop and frisk is suppression of the evidence. But the law does not enforce itself on the street. During police-citizen contact, the law give the cops control over everything, except the citizen’s right to remain silent. Afterwards, courts consider the totality of the circumstances to determine whether those circumstances provided the requisite reasonable suspicion to stop. And as to the frisk, courts look at whether those circumstances would warrant a reasonably prudent man in the belief that his safety or that of others was in danger. The policy at play behind this is a balance between effective law enforcement and the individual’s right to move freely.

No remedy is available, however, to the individual stopped, frisked, and released when the investigation yielded no evidence of crime.