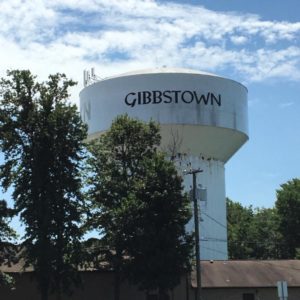 You remember when Walter White shaved his head on Breaking Bad. Owing to his chemotherapy, Walt opted for this new look. And a short time later, he visited Tuco to collect money. Indeed, Walt’s edge in the negotiation consisted of an explosive that looked like his special crystal meth. And you definitely remember when Jesse Pinkman shaved his head. Jesse fell off the wagon after he assassinated Gale Boetticher at point blank range, yo. Breaking Bad offers fantastic entertainment. Therefore, a news item I saw this week about an arrest involving methamphetamine possession and distribution in South Jersey’s sleepy Gibbstown grabbed my attention. Coincidentally, the target of the investigation sports a look similar to Walt and Jesse.

Also known as Greenwich Township, Gibbstown is a place I would describe as unassuming. Unlike Albuquerque, the capital of New Mexico where Breaking Bad takes place, Gibbstown seems to me to be a quiet place.

The degree of crime and penalties under N.J.S.A. 2c:35-10 depend on the type of CDS and how much CDS. Possession of methamphetamine, a Schedule II CDS, is a third degree crime.