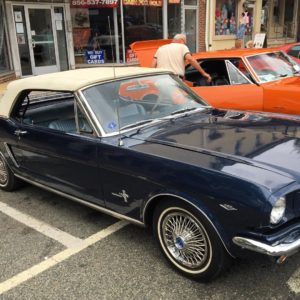 Previously I blogged about Michigan v. Long.1 The Supreme Court of the United States (SCOTUS) broke new ground under federal law with respect to two issues in Long: SCOTUS review of state court decisions, and Terry searches of cars. With respect to its jurisdiction to review decisions based on adequate and independent state grounds, SCOTUS articulated a “plain statement” rule for state courts to follow. Additionally, with respect to the Fourth Amendment, SCOTUS applied Terry v. Ohio 2 to protective searches of cars, requiring proof of a reasonable belief about the presence of weapons. This blog post will look at State of New Jersey v. Lund 3 and the relevance of Long to it.

On the New Jersey Turnpike near East Brunswick on a clear October evening, a New Jersey State Police Trooper saw a car with out-of-state plates in the center lane. After about a mile, the officer pulled up next to the car, which had reflective material on the side and rear windows. Therefore, the cop stopped the car.

Pulling up directly behind it, the cop saw the driver turn around to the left side and reach into back seat. But the cop did not see exactly what the driver was doing. Subsequently, upon approaching the passenger side of the car, the cop saw a windbreaker where the driver had reached. Additionally, he saw an open travel bag on rear seat, and a brown paper bag on top of it.

While obtaining the driver’s credentials, the trooper heard the motorist stammer in a cracking voice, and he saw the motorist continue to glance toward the back seat. Additionally, having been shot during a traffic stop previously, the officer ordered the driver and passenger out and performed a Terry frisk with negative results. Subsequently, he ordered the travelers to stand in front of the car under the supervision of another officer.

The lead trooper returned to the parked car, and removed the windbreaker. After yanking a white towel, he reached into the seat crevice where the towel was stuck, felt a hard object, and removed a large manila envelop. Suspecting it held contraband or a gun, he opened the envelop, unwrapped the object, and found what he suspected to be cocaine.

Upon indictment by a grand jury for possession of cocaine and possession of cocaine with intent to distribute, the defendants moved to suppress the evidence. During the hearing, the Trooper made no claim of having smelled marijuana or having seen drug paraphernalia in the car or suspicious objects in plain view. Indeed, he did not claim that he feared he was in danger but rather only that he was taking steps to make sure he could not be threatened.

Nevertheless, the trial court judge denied the motion. Applying Michigan v. Long, the Law Division judge reasoned the officer could search the passenger compartment for weapons based on a reasonable belief that the defendants were dangerous. He also decided it was “not unreasonable” for the trooper to search the envelop for weapons or contraband. The Appellate Division upheld the trial court in an unpublished decision.

Does the Fourth Amendment of the U.S. Constitution and Article 1, Paragraph 7, of the New Jersey Constitution authorize a police officer to search a car without probable cause?

Yes, the rule of Michigan v. Long for the Fourth Amendment is sound and compelling precedent to allow the police to search a vehicle based on a reasonable belief that the defendant is dangerous, and should be followed to protect New Jersey’s police community.

A Massachusetts court applied Terry to a protective search of a car.4 In that case, a police officer investigated a driver in a parked car with the engine running but the lights out in a high crime area. Asking for credentials, the cop perceived the driver suspiciously lift the center console cover to get his wallet. Ordering the driver out of the car, the officer opened the door and saw a gun holster protruding underneath the front seat. The cop found ammunition in the holster. And he found a fully-loaded automatic weapon in the console. The Massachusetts court found the search was strictly tied to and justified by the officer’s reasonable belief that a gun might have been nearby endangering his safety.

With respect to nervousness, courts in Utah5, Florida6, Illinois7, and California8 have required additional evidence before finding reasonable suspicion to justify a Terry search. But the New Jersey Supreme Court also cited cases to illustrate the difficulty in providing bright line rules for police to follow.

Prior to Michigan v. Long, New Jersey case law applied Terry principles to cars. For example, in State v. Esteves 9, police dispatch warned officers responding to a robbery in progress about a man with a gun in an orange Volkswagen. After going to the store, the police focused on a car in the parking lot which, they believed, had a handgun between the front seats. Searching the car and its containers for identification, the police found drugs.

In this case, the Court determined there was not enough evidence to support a reasonable belief that the defendant was armed and dangerous. The officer only saw him commit driving violations, furtive gestures, and possible nervousness. Furthermore, the motorists obeyed all the orders of the police, and their license and rental contract did not raise any flags. Therefore, the Supreme Court of New Jersey reversed the lower court.