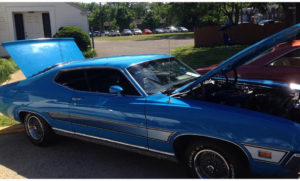 In Terry v. Ohio, SCOTUS crafted an exception to the requirement of a warrant and probable cause, allowing police to protectively search a person.1 But to fall within the exception, the circumstances must provide police with a reasonable suspicion of criminal conduct and a reasonable belief the person poses a danger. Subsequently, SCOTUS determined the police may search incident to arrest an individual’s wingspan without a warrant based on Terry principles.2 Furthermore, SCOTUS expanded the individual’s wingspan to include a recently occupied vehicle, also based on Terry principles.3 Thus, in Michigan v. Long, SCOTUS took up the issue whether the Fourth Amendment allows the police to perform a Terry search of a vehicle’s interior without a warrant, without probable cause, and without having arrested the individual.4 But first, SCOTUS considered whether it had authority to exercise subject matter jurisdiction.

Late one night in a rural area, two police saw a speeding car swerve into a ditch. Stopping to investigate, the officers spoke to the driver at the rear of the vehicle. But the driver had left his door opened. The driver, who “appeared “under the influence of something,” failed to provide his credentials. Next, he turned away from the officers and moved toward the open door. But the police saw a knife in the car’s interior. Therefore, they patted him down with negative results, and cop detained the driver at the rear of the vehicle.

Meanwhile, without physically entering, the other cop shined a light into the vehicle to search for other weapons. Seeing something protruding beneath the armrest, the officer knelt in the vehicle, lifted the armrest, and saw an open pouch on the front seat. Flashing the light on the pouch, the officer suspected it contained marijuana. Consequently, the police arrested the driver and, while tossing the car, they found more marijuana in the trunk.

The trial court denied the defendant’s motion to suppress the marijuana seized in the passenger compartment and trunk. Following the defendant’s conviction, the state’s appellate court held the search of the passenger compartment valid under Terry v. Ohio. The state Supreme Court reversed, however, holding the sole justification of the Terry search, protection of police officers and others nearby, did not apply to this case. The lower court referred twice to its State Constitution, but otherwise relied on federal law.

Do state court decisions based on adequate and independent state grounds prevent the Supreme Court of the United States from exercising subject matter jurisdiction?

In the absence of probable cause, does Terry v. Ohio allow police to perform a protective search (i.e. pat down) of a vehicle’s interior during a lawful investigatory stop of the vehicle’s occupant?5

Yes, and this case sets forth a “plain statement” policy for state courts to follow. In short, state courts must clearly state their opinion rests on state grounds.

Yes, police may perform a protective search of a car’s interior limited to areas where a weapon may be hidden. But only if the circumstances provide a reasonable suspicion of illegal conduct by the individual and a reasonable belief the individual is dangerous to the police and others.

The jurisdictional issue occupied a significant amount of time during oral arguments.6

SCOTUS does not want to review state law cases because the justices are generally unfamiliar with those areas of law. Additionally, continuances burden judicial economy. Furthermore, prior methods of disposition placed additional burdens on state courts to show the presence or absence of SCOTUS jurisdiction. On the other hand, outright dismissal can create inconsistency in federal law. In general, SCOTUS limits its subject matter jurisdiction to exclude cases based on adequate and independent state grounds to give respect to state courts and to avoid issuing advisory opinions.

Under the facts of this case, the lower court only mentioned its State Constitution twice. Additionally, it relied exclusively on Terry and other federal cases. Furthermore, SCOTUS did not find a “plain statement” to indicate the lower court decided the case on adequate and independent state grounds. Therefore, SCOTUS exercised subject matter jurisdiction and reviewed the case.

The protective search of the passenger compartment may be reasonable based on Terry and other cases.

Terry provides an exception to the requirements of a warrant and probable cause. Thus, Terry allows an officer to pat down an individual under investigation at close range. But the officer must have witnessed suspicious behavior. Additionally, his observations must support the reasonable belief the individual is armed and dangerous to the police or others.

In Terry, Officer McFadden detained several suspects after briefly observing their behavior and concluding they were going to commit a crime. Fearing they were armed, McFadden patted down their clothing and found two revolvers. Weighing the government’s need to search based on crime prevention and officer safety when they lack probable cause to arrest against the individual’s right to privacy, SCOTUS found McFadden’s conduct reasonable under the circumstances. But Terry only involved the protective search of a person, not a constitutionally protected place.

Terry Principles and Other Warrant Exceptions

SCOTUS acknowledged the dangers police face during vehicle stops. Indeed, officers may order an individual out of a car during traffic stop and frisk the individual only if the circumstances provide a reasonable belief of danger.8 Additionally, police may act on tips and reach into a car to get a gun even if the officer cannot see the gun.9

SCOTUS acknowledged the dangers of an arrestee’s access to weapons. Thus, the Fourth Amendment allows police to conduct a warrantless search incident to arrest of the arrestee’s wingspan (i.e. arrestee’s person and area within his immediate control where he could get a weapon).10 Furthermore, the arrestee’s wingspan includes a car’s passenger compartment and its containers only if the individual recently occupied it.11

Based on the dangers police face during roadside stops, SCOTUS decided a cop may perform a protective search of a vehicle in areas where a weapon may be placed or hidden only if the officer witnessed suspicious behavior to justify the initial stop. Without this, the officer has no justification to detain the individual. Additionally, and the proverbial linchpin of Long, the officer must also make observations supporting the reasonable belief that the individual is dangerous and may gain immediate control of a weapon.

Arguably in dicta, Justice O’Connor talked about a detained suspect not completely under police control. The suspect may reach into his pocket for a weapon. Likewise, he could break away from police to retrieve a weapon from a recently occupied vehicle. Alternatively, if the police do not arrest him then he can also retrieve a weapon from a recently occupied vehicle. Furthermore, as in this case, the police might permit him to return to his vehicle during the stop, and he could get a weapon.

Under the facts of this case, SCOTUS found the police reasonably believed the driver posed a danger because the circumstances unfolded at a late hour in a rural area. Additionally, after the police observed the driver speed and swerve into a ditch, they had to repeat their questions to an apparently intoxicated driver. Subseqently, they saw a knife in the car. This permitted a pat-down of the driver’s person. And the search was limited to areas where the driver could have gotten a weapon. Therefore, the cops could perform a protective search (or pat down) of the car strictly limited to areas where the driver could get a weapon.

5 Belton, supra note 3, allows a search incident to arrest of passenger compartment. Additionally, United States v. Ross, 456 U.S. 798, 102 S. Ct. 2157, 72 L. Ed. 2d 572 (1982) allows a search of passenger compartment and trunk based in probable cause to believe those areas held contraband. But SCOTUS did not address either exception here because the lower court only analyzed this as a protective Terry search. Long, supra note 4, at 1035 n.1.