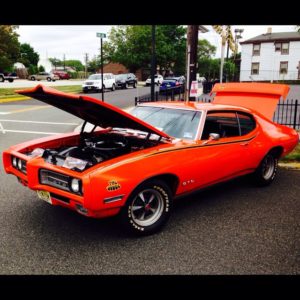 Previously I blogged about New Jersey v. T.L.O. 1 The focus of this post, State of New Jersey v. Best 2 applies T.L.O. to a warrantless car search on school property by a school official. The United States Supreme Court in T.L.O. addressed whether the exclusionary rule applies to evidence seized by a school official without police involvement in juvenile delinquency proceedings. SCOTUS answered this question in the affirmative.

Additionally, the Court decided searches by school officials must be reasonable under the totality of circumstances. Put differently, the school official must have reasonable grounds to search. Furthermore, the Court set forth the analytical framework for this standard. First, a court must determine whether the search justified at its inception. And second, a court must determine whether the search, as actually conducted, was reasonably related in scope to the circumstances which justified the interference in the first place. The Court also held a violation of law or code of student conduct can justify a school official’s search based on Reasonable Suspicion.

Unlike T.L.O., however, which only involved the search of a purse, this case involved the warrantless search of a vehicle. Furthermore, the automobile exception to the warrant requirement under the Fourth Amendment requires probable cause to believe the vehicle holds contraband.3 Hence, the question presented in State of New Jersey v. Best. In particular, which Fourth Amendment standard applies to a school administrator’s search of a student’s vehicle on school property—reasonable grounds or probable cause?

An Egg Harbor Township High School student, reportedly under the influence of drugs, told an Assistant Principal (A.P.) he took green pills provided by the defendant. Accordingly, the A.P. took the defendant to his office. But defendant denied any wrongdoing. Therefore, the A.P. told defendant about the first student’s claims. Subsequently, upon searching defendant, the A.P. found three white capsules in his pants pocket. But he did not find any green pills.

As a result, defendant admitted he sold a nutritional supplement to a student for five dollars. Consequently, the A.P. searched the defendant’s locker. But he found no contraband. Therefore, ignoring a request to call the defendant’s father, A.P. searched the defendant’s car parked on school property. Indeed, the A.P. found a liquid-filled syringe, a fake cigarette with a hole in it that could be used as a pipe, a wallet, a bottle of pills apparently belonging to a third party, a bag of suspected marijuana, a bag containing a white powdery substance, and a vial in the passenger compartment.

Responding to a call from the A.P., the school resource officer took control of the seized evidence, drove the defendant to the police station, and arrested him. Ultimately, the defendant waived his right to remain silent and admitted the contraband belonged to him.

The State charged the defendant with various CDS offenses. At a hearing on the defendant’s motion to suppress, the A.P. testified about the school handbook and a zero tolerance policy for various substances, in addition to the above synopsis. Consequently, based on this and other testimony, the trial court found A.P.’s car search reasonably related in scope to his reasonable suspicion that defendant had additional drugs that posed a real danger to the school community. Therefore, the trial court denied the motion to suppress. As a result, defendant plead guilty in exchange for a three year State Prison sentence.

Subsequently, the Appellate Division reviewed the issue and affirmed the trial court order denying the motion to suppress. Though a case of first impression, the panel held T.L.O. applies to a school official’s search of a student’s car on school property. Furthermore, in applying the reasonable grounds test, the panel found the school official’s search to be reasonable under the totality of circumstances.

Which Fourth Amendment standard applies to a school administrator’s search of a student’s vehicle on school property—reasonable grounds or probable cause?

A school administrator need only satisfy the lesser reasonable grounds standard rather than the probable cause standard to search a student’s vehicle parked on school property. In this case, there were reasonable grounds to suspect the car search would turn up evidence that the student violated or was violating either the law or the rules of the school.

Prohibition Against Unreasonable Searches and Seizures

The Fourth Amendment and Article I, Paragraph 7, prohibit unreasonable searches and seizures, and require a warrant before a search or seizure. 4 Consequently, unless a warrantless search falls within a recognized exception to the warrant requirement, courts presume it invalid. 5 The Court’s willingness to tolerate a warrantless search often turns on the overall reasonableness of the government’s conduct and the degree to which a citizen has a legitimate expectation of privacy in the invaded place. 6

Rights of Students and Minors

The Federal and New Jersey Constitutions apply to minors and students. 7 This includes the right to be free from unreasonable searches and seizures by State Actors, which includes Boards of Education as well as municipal inspectors, firefighters, or law enforcement officials. State of New Jersey v. Best addresses the Fourth Amendment rights of minors and students on school property. Nevertheless, the school is one of the limited settings where courts permit searches and seizures based on reasonable grounds. 8

In T.L.O., the New Jersey Supreme Court required a less stringent standard because the police were not involved in the search. To strike a balance between a student’s rights and a school’s duties, the N.J. justices reasoned “when a school official has reasonable grounds to believe that a student possesses evidence of illegal activity or activity that would interfere with school discipline and order, the school official has the right to conduct a reasonable search for such evidence.”

Furthermore, SCOTUS agreed about the reasonableness standard after it weighed the rights of students against the duties of educators. SCOTUS reasoned a search by school authorities “will be permissible . . . when the measures adopted are reasonably related to the objectives of the search and not excessively intrusive in light of the age and sex of the student and the nature of the infraction.” But SCOTUS rejected the New Jersey Supreme Court’s application of this standard to the facts.

The reasonable grounds standard does not give school officials carte blanche. In State ex rel. T.L.O., the New Jersey Supreme Court reviewed a companion case and invalidated a search of a student’s locker. 9 A person claiming to be the father of a student called the cops to complain about another student selling drugs in school. As a result, the cop told the school authorities, who used a master key to search the student’s locker, where they found suspected drugs. Subsequently, a search of the student’s pockets revealed marijuana and cash. Nevertheless, the Supreme Court decided the anonymous tip did not provide a reasonable suspicion for authorities to rely upon it. Along the way, the Court reasoned unless the school regularly goes into the lockers, the students have a reasonable expectation of privacy in their locker even if the school has the master key.

Additionally, the Supreme Court of New Jersey upheld random drug and alcohol testing for all students in any extracurricular activity or have parking permits. 10 The Court reasoned the school setting, which emphasizes safety, order, and discipline, requires a relaxed application of traditional search-and-seizure rules.

Applying the reasonable grounds standard, SCOTUS upheld a search of a female student’s locker and outer clothing, but invalidated a strip search. 11 A middle school A.P. received information about a student distributing pills to other students. Therefore, the A.P. met the student, searched her backpack, and found no pills. Subsequently, the school nurse searched the student’s person, requiring the student to remove her outer clothing. Additionally, the nurse instructed her to pull her bra out and shake it, and to pull out the elastic on her underpants. But no pills were found.

Therefore, the student’s mother filed a lawsuit for violating the student’s Fourth Amendment rights. SCOTUS determined the A.P. had reasonable grounds to search the backpack and outer clothing. The Court decided a reasonable suspicion of distributing pills would support a reasonable suspicion of carrying them on her person and in her backpack. But as to the strip search, SCOTUS decided this went too far. The Court decided there was no reason to believe the student was carrying pills in her underwear. Along the way, the Court reasoned the intrusiveness of a strip search required its own specific suspicions.

Citing the Appellate Division, the New Jersey Supreme Court acknowledged the breadth of opinions in other jurisdictions applying the reasonable grounds standard to the search of a car by school officials on school property. 12 Based on all the foregoing, the New Jersey Supreme Court adopted the reasonable grounds standard for the search of a vehicle on school property by school officials.

Applying the Reasonable Grounds Standard to This Case

In this case, there were reasonable grounds to suspect the car search would turn up evidence that the student violated or was violating either the law or the rules of the school. The Court applied the test consisting of these two prongs:

First, the Court reasoned the search of the car was justified at its inception. The A.P. met with a student, reportedly under the influence of drugs, who admitted defendant gave him a green pill. This justified the A.P.’s interview with defendant. Defendant’s denial justified a search of his clothing.

Second, the Court reasoned the search of the car was reasonably related in scope to the circumstances which justified the interference in the first place. Searching the defendant’s person revealed three white capsules in his pants pocket. But no green pills were found. Subsequently, defendant admitted he sold a white nutritional supplement to a student for five dollars. A search of defendant’s locker proved unsuccessful. Searching the car was reasonable because defendant may have had additional contraband in all areas accessible to him on school property, including his locker and his car.

12 “A number of other jurisdictions have…rejected the probable cause standard and has applied the two-pronged reasonable suspicion standard of T.L.O. to the search of a student’s vehicle on school grounds. (citations omitted). State v. Best, 403 N.J. Super. 428, 437-38 (App. Div. 2008).