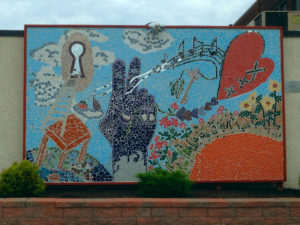 In 1984, a juvenile delinquency case from New Jersey went before the Supreme Court of the United States. SCOTUS addressed two questions. First, the Court addressed whether the Fourth Amendment applies to public school officials. Additionally, the Court considered the proper standard to assess searches and seizures by public school officials. The case was New Jersey v TLO.

A Piscataway High School teacher found two girls smoking in the bath room. Since this was against school rules, the teacher took the girls to the Principal’s office. Subsequently, an Assistant Vice Principal questioned the girls based on the teacher’s allegation, and one confessed to smoking. But TLO denied it.

Consequently, the official contacted TLO’s mother and the police, to whom he gave the seized evidence. The police asked TLO’s mother to escort her to the police station where they interrogated TLO. Eventually, TLO confessed to selling marijuana in school.

The State charged the juvenile with possession of marijuana and possession of marijuana with intent to distribute. Subsequently, TLO moved to suppress the evidence and confession. Judge Nicola, the trial court judge, reasoned the Fourth Amendment applied to searches by school officials, but only required a reasonable suspicion that a crime has been or is in the process of being committed, or reasonable cause to believe that the search is necessary to maintain school discipline or enforce school policies.2 Nevertheless, Judge Nicola denied TLO’s motion to suppress, adjudicated TLO delinquent, and sentenced her to one year probation.

The Appellate Division upheld Judge Nicola with respect to the Fourth Amendment. Nevertheless, the panel vacated the final adjudication of delinquency and remanded on the issues related to TLO’s confession.3 Therefore, TLO appealed the Fourth Amendment issue to the Supreme Court of New Jersey.

A majority of the New Jersey Supreme Court reversed and Appellate Division and ordered the evidence suppressed. Along the way, the N.J. Supreme Court majority held the Fourth Amendment applies to public school officials. Additionally, the New Jersey Supreme Court agreed with Judge Nicola that a warrantless search by a school official does not violate the Fourth Amendment so long as the official has reasonable grounds to believe that a student possesses evidence of illegal activity or activity that would interfere with school discipline and order.4 But the justices split on the reasonableness of the search.

The State of New Jersey asked the United States Supreme Court to review this case, and SCOTUS granted certiorari.5

Does the exclusionary rule bar evidence unlawfully seized by a school official without the involvement of law enforcement officers in juvenile delinquency proceedings?

The Fourth Amendment applies to public school officials, not only police

The Court reasoned the Fourth Amendment applies to government action, or the actions of a sovereign authority.6 For example, it applies to civil as well as criminal authorities, such as building inspectors7, OSHA inspectors8, and firemen.9

Additionally, the Court reasoned the purpose of the Fourth Amendment is to safeguard privacy and security of individuals against arbitrary invasions by governmental officials. Having heard extensive debate at oral argument,10 the Court decided teachers do not act in loco parentis. Indeed, school officials act for the State, not merely as surrogates for parents. Furthermore, public school officials act in furtherance of publicly mandated educational and disciplinary policies.11

The standard to assess searches and seizures by public school officials

The Court balanced the privacy interests of students and the school’s interest in order and discipline.

Additionally, the Fourth Amendment requires Probable Cause before a Court will issue a warrant. Thus, the Court considered whether the probable cause standard should apply to a public school official. The Court reviewed case law that justified searches based only on Reasonable Suspicion. Consequently, the Court determined Probable Cause is not required for school officials to search a constitutionally protected area of a student.

Instead, the Court determined the proper standard is reasonableness under the totality of circumstances. The analytical framework for this standard consists of two prongs:

The Court decided a search can be justified based on Reasonable Suspicion as to a violation of law or code of student conduct.

In applying this test, the Court opined the New Jersey court’s application of this standard reflected a somewhat crabbed notion of reasonableness.

This statement by SCOTUS did not escape the attention of the the Justices on the New Jersey Supreme Court. In particular, Justice Pollack expressed his belief that The reversal [in TLO] resulted solely from the Court’s perception that our opinion reflect[ed] a somewhat crabbed notion of reasonableness.14 As a New Jersey juvenile and criminal defense lawyer, I subscribe to the New Jersey Supreme Court’s factual analysis. But having reviewed New Jersey v. TLO, Justice Pollack’s belief is subject to debate.