In addition to reading this post, please watch this video from the New Jersey Judiciary about the Grand Jury Indictment.

The New Jersey Constitution prohibits the prosecutor from filing criminal charges in Superior Court without approval of the Grand Jury. Therefore, the requirement for the government’s executive branch to file a grand jury indictment is an individual right. This does not apply, however, to every complaint filed in municipal courts across the state.

“No person shall be held to answer for a criminal offense, unless on the ‎presentment or indictment of a grand jury…” N.J. Const. art. 1, ¶ 8 (emphasis added).

“In all criminal ‎prosecutions the accused shall have the right . . . to be informed of the nature and cause ‎of the accusation…” N.J. Const. art. 1, ¶ 10 (emphasis added).

What does the right to Grand Jury Indictment mean?

To understand the significance of the right to Grand Jury Indictment, consider the following procedural context.

Who may file a complaint?

Any person can file a complaint in court alleging an offense.1 The complaint is a written statement of essential facts constituting the offense charged. Additionally, the complaining witness must attest to the facts in the complaint.2 But filing a complaint is not enough to compel another person to appear in court. Instead, that depends on who filed the complaint and whether an arrest warrant or summons will issue.

Who filed the complaint?

If a private citizen filed the complaint, then the law requires a judicial finding of probable cause that an offense was committed and that the defendant committed it before issuing an arrest warrant or summons. Additionally, if the court is going to issue an arrest warrant, it must also find legal justification for it.3 Absent a finding of probable cause, however, the judge must dismiss the complaint.4

If a law enforcement officer filed the complaint, however, the law allows the officer to issue a summons without involving the courts.5 But if the the officer wants an arrest warrant then the court must find not only probable cause but also the legal justification under the Court Rules for the its issuance. Absent this justification, however, the court must issue a summons.6 The next step assesses whether the most serious allegation is a crime or a petty offense.

What is the most serious offense charged? 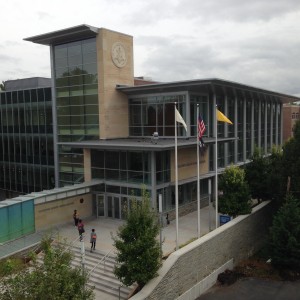 Municipal Court subject matter jurisdiction generally only includes offenses with a maximum penalty of no more than 6 months incarceration. Thus, New Jersey law designates these as Disorderly Persons and Petty Disorderly Persons Offenses. If the municipal court is going to retain subject matter jurisdiction, then generally the only step that remains is service of process either personally, by ordinary mail, or by simultaneous mailing.7

What procedures govern the grand jury?

What is the function of an indictment?

The indictment gives notice of pending criminal charges to the defendant. Additionally, under New Jersey law, notice of a crime provides satisfactory notice for lesser included offenses, too.

In order to provide adequate notice to the accused, the ‎indictment must:

‎Consequently, all these requirements safeguard freedom for all individuals. Indeed, no man should be brought to trial for a crime unless a grand jury has first found a sufficient ‎basis for the charge.

Have you been charged with offenses pending a grand jury indictment?

New Jersey Trial Advocate Michael A. Smolensky, Esquire, knows how to protect his clients. Mr. Smolensky can provide confidential consultations in all cases where the State plans to file or already has filed an indictment against you.