How to Combat Modern Slavery 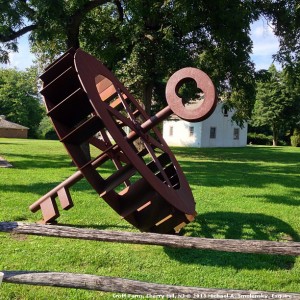 U.S. Const. amend. XIII, § 1.
“Neither slavery nor involuntary servitude, except as a punishment for crime whereof the party shall have been duly convicted, shall exist within the United States, or any place subject to their jurisdiction.”

U.S. Const. amend. XIII, § 2.
“Congress shall have power to enforce this article by appropriate legislation.”

There is more to the Thirteenth Amendment than offered here. See, e.g., Kamal Ghali, No Slavery Except as a Punishment For Crime: The Punishment Clause and Sexual Slavery, UCLA L. Rev. 607, 621-632 (2008), available at http://www.uclalawreview.org/?p=335 (analyzing Thirteenth Amendment original understanding, judicial precedent, and historical evidence).

More information about prisoners in American industry is available on the Internet.