On September 9, 1971, prisoners in Attica, New York, rebelled. Various factors—viewed as “disciplinary measures” by authorities—contributed to the prison riot.1, 2

A Spark to Ignite the Powder Keg 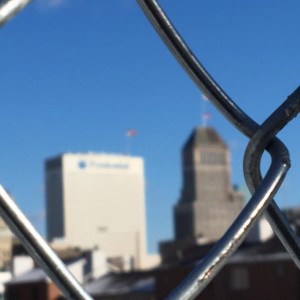 The Attica Prison Uprising began as a scuffle between two prisoners, Ray Lamorie and Leroy Dewer, on September 8, 1971. The incident involved racial dimensions because one man was Caucasian and the other was Black. Later that night, prison guards forced both men from their cells. Consequently, the corrections officers put the men in solitary confinement.1, 2

“These guys were being beaten through the halls,” recalled Albert Victory, a former prisoner. “That’s the way it was done. Men just couldn’t take it anymore,” Victory said.1 Indeed, authorities locked one prisoner in his cell after he threw a soup can at a guard over these beatings. But an oversight enabled other prisoners to free him for breakfast.

When guards arrived to punish the prisoner on orders from Mancusi, the powder-keg exploded.1 Subsequently, about 1,200 inmates took over a quarter of the prison, and 40 hostages.3 After gaining control of Attica and addressing the needs of the wounded, the prisoners proceeded to negotiate for improvements.2, 4 The negotiations consisted of:

Thus, the Attica Prison Uprising ended September 13. By the time is was over, ten guards and 29 inmates had died in a firestorm of ammunition that lasted several minutes. Furthermore, autopsies confirmed all the men died from bullet wounds.1, 3

Consequently, government authorities stripped the prisoners naked, and lead them past belligerent, angry guards who beat the passing inmates. A dearth of transportation meant most of the injured were treated at the prison hospital. Additionally, a shortage of medical supplies rendered the treatment substandard.1

It began ugly. And it ended very ugly for those directly involved. Meanwhile, the aftermath included government investigations that eventually lead to prison system reforms.

4 Tad Crawford, A Memory of Attica on the Fortieth Anniversary of the Prison Revolt, Guernica, Sept. 15, 2011, www.guernicamag.com/daily/tad_crawford_a_memory_of_attic/ (last visited Dec. 4, 2012);