This morning seven activists deployed a 70-ft by 35-ft banner that reads “RESIST” above the White House. This was call for YOU. #ResistOften pic.twitter.com/CVbr9VNZBu

Have you noticed #resist on social media? Unless you live under a rock, the answer should be an emphatic yes! Its rise in popularity appears to be a result of the election of Donald Trump. For example, after his first Muslim ban, #Resist and #TheResistance appeared in over 2.5 million tweets , per mashable dot com. Personally, I have come across it in other social media platforms, too. Additionally, as shown above, resist appeared near the White House hanging from a crane on a giant Greenpeace banner. Well-played, Greenpeace. Nevertheless, the proliferation of #resist and its variations is not a movement unto itself. Instead, it appears to have no single organizing force, no set name, and no specific agenda, per mashable dot com. On another note, without discouraging their joie de vivre, activists should know laws against resisting arrest before they protest.

Resisting Arrest In The News 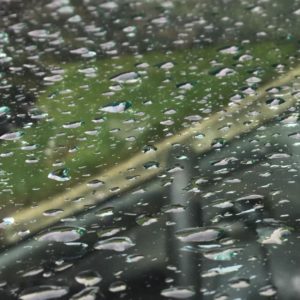 Medford cops arrested a woman who allegedly yelled obscenities and banged on car windows, per the news. They observed her allegedly screaming, agitated, and walking on the front lawns of residences. Police claim she refused to talk to them. And when they tried to place her in handcuffs, she allegedly resisted. Consequently, the cops charged her with disorderly conduct and resisting arrest, and lodged her in the Burlington County Jail.

And in an unrelated incident, Atlantic City cops arrested a different woman after she allegedly stabbed her son’s girlfriend. Additionally, she allegedly cut her son’s finger when he tried to defend his girlfriend, per the news. Indeed, the cops claim they observed her holding a large butcher knife and threatening people when they arrived on scene. Furthermore, she allegedly resisted the police efforts to arrest her. Therefore, the cops charged her with aggravated assault, simple assault with a weapon, weapons offenses, and resisting arrest.

Of course these incidents have nothing to do with protest. The law against resisting arrest, however, applies with equal force to political protestors.

In the case of a person who is at the time of the imposition of sentence less than 17 years of age, the period of the suspension of driving privileges authorized herein, including a suspension of the privilege of operating a motorized bicycle, shall commence on the day the sentence is imposed and shall run for a period as fixed by the court. If the driving or vessel operating privilege of any person is under revocation, suspension, or postponement for a violation of any provision of this Title or Title 39 of the Revised Statutes at the time of any conviction or adjudication of delinquency for a violation of any offense defined in this chapter or chapter 36 of this Title, the revocation, suspension, or postponement period imposed herein shall commence as of the date of termination of the existing revocation, suspension, or postponement.

If the person is the holder of a driver’s or vessel operator’s license from another jurisdiction, the court shall not collect the license but shall notify the director who shall notify the appropriate officials in the licensing jurisdiction. The court shall, however, in accordance with the provisions of this section, revoke the person’s non-resident driving or vessel operating privileges, whichever is appropriate, in this State.