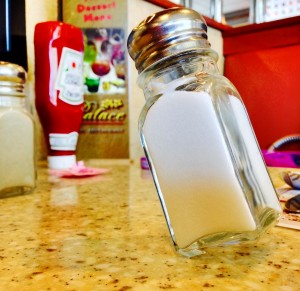 I listened to the podcast below, featuring Robert Alt of the Buckeye Institute in Ohio, with great interest. Indeed, Alt focused on a topic that the academy discusses extensively, mens rea (or criminal intent).Alt addressed a specific problem of modern penal laws, which he refers to as malum prohibitum. In particular, Alt spoke about modern criminal laws defined without the element of criminal intent. Although strict liability regulations may appeal to lawmakers, they can yield absurd and devastating results. Alt illustrated the point with the experience of IndyCar Champion Bobby Unser.

What is mens rea?

Mens rea is one of four components in the definition of common law and modern crimes. These four components include: (1) a voluntary act (actus reus) performed with (2) a culpable mind (mens rea) (3) that ‎cause (4) social harm.

And Now For All The Latin Lovers…

‎Usage of the expression mens rea “is the thought behind the classic maxim, actus non facit reum, nisi mens sit rea. Or in ‎Blackstone’s translation, ‘an unwarrantable act without a vicious will is no crime at all…’ ‎[‎Mens rea] essentially…refers to the blameworthiness entailed in choosing to commit a criminal ‎wrong.” Sanford H. Kadish & Stephen J. Schulhofer, Criminal Law and Its Processes ‎‎203 (7th ed. 2001).‎

What Does All This Latin Mean?

Criminal law deals with levels of intentionality. Unlike the concept of motive, criminal intent is a narrowly ‎circumscribed concept. In other words, criminal intent asks “what” a person did. But motive asks “why” the person did it. The narrow scope of ‎mens rea is crucial to screening socially harmful conduct from conduct that is ‎socially permissible or even encouraged. Furthermore, with some exceptions, motive is generally irrelevant for establishing criminal ‎intent.

Specific intent signified a narrower meaning. Unlike “moral blameworthiness,” specific intent ‎meant either a desire to cause a social harm, or knowledge to a virtual certainty that harm ‎will result.‎

Many scholars have written about this topic, and clearly there is much more to say about it. Nevertheless, this post is intended only to provide a basic explanation of the concept.
‎