blogged previously about the general meaning of mens rea (criminal intent). This post provides an overview of the historical evolution of criminal intent. Indeed, the legal concept of mens rea dates back centuries.1 The body of this text will refer to scholars by last name. Please view the footnotes for references. 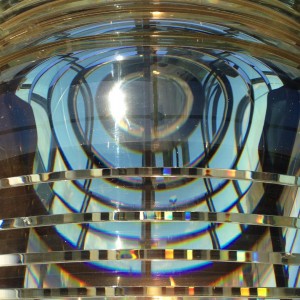 The following paragraphs will summarize Robinson’s article. For the full depth of his research, please view the original source.

The first phase spanned at least as far back at the 6th Century. During this phase, criminal liability ‎did not include an element defining a culpable state of mind. During this time, tort and criminal law had not diverged.

The second phase began sometime around the ‎Tenth or Eleventh Century. During this phase, a distinction emerged in the law between wilful and accidental acts.

Emerging around the 17th or 18th Century, the culpability categories consisted of intentional, reckless, negligent, and faultless conduct.

Finally, in the late 19th ‎Century, the distinctions that emerged between culpability categories consisted fo purposeful, ‎‎knowing, reckless, negligent, and faultless conduct. Id. at 822, 851. Faultless culpability is strict ‎liability. Accordingly, the definition of the crime had no element of mental culpability.

Thus, common law developments take an exceedingly long time. Additionally, the common law in this area was somewhat confusing. Indeed, ‎one scholar observed, “crimes involving a specific intent vary as widely with regard to the requisite intent as with the ‎requisite act… [so] the specific intent required for one such crime is of but little assistance in ‎determining the precise mental element necessary for another. It is hopeless to find any universal ‎concept of mens rea applicable to all such crimes alike.”‎3

A brief overview of the meaning of the specific intent ‎element with respect to particular crimes ‎demonstrates this problem. Common law defined murder with a mens rea element of malice6 aforethought.5 The specific intent malitia applied to arson, which is the intent to burn a building irrespective of underlying motive. ‎The definition of burglary‎ required the specific intent to commit a felony.‎ Larceny was defined with the specific intent ‎to permanently and fraudulently deprive the owner of his property without a claim of right.‎4

The foregoing illustrates how the particular definitions of the mens rea element in each crime created inconsistency within criminal law. This lead to debate about creating uniformity within the law through statutory reform. But unlike the common law, which took centuries to evolve, statutory reform could provide a solution much more rapidly.

5 A related problem with common law definitions for crimes involves the meaning of their mens rea element. “Murder,” for example, was defined as “the killing of a human being by another human being with malice aforethought.” Early English common law probably defined “aforethought” as premeditation long ‎before the killing. In modern English common law, however, “aforethought” became ‎meaningless. Similarly, in American common law, “aforethought” was superfluous. In American jurisdictions, criminal statutes that failed to specify premeditation ‎allowed “spur of the moment” killing to qualify as murder instead of an offense of a lesser ‎degree like voluntary manslaughter (“intentional killing in the heat of passion as a result of adequate provocation without adquate cooling time”) ‎or involuntary manslaughter (“unintentional killing resulting from an act, lawful in itself, but done unlawfully, and without due ‎caution and circumspection.‎”). This was a problem because it could lead to incorrect results.

6 “Malice” posed similar problems, and over time courts either required actual malice in ‎order to convict for murder, or otherwise inferred the existence of malice from the circumstances.‎ As related to this particular problem with homicide crimes in general, a distinction between first degree and second degree murder emerged, with the crucial distinction appearing in the mens rea element. First degree murder was defined with a specific intent of “wilful, deliberate, and premeditated” and second degree murder kept the elusive mens rea element of “malice aforethought.”