Who is a Public Servant?

This week I blogged about Official Misconduct. Applying to any public servant, this includes 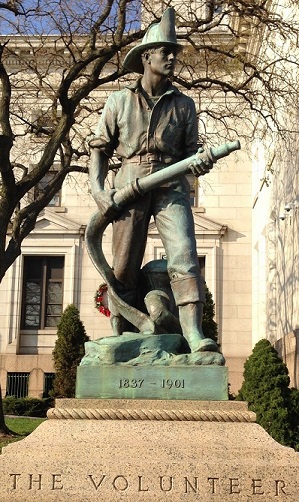 any officer or employee of government, including legislators and judges, and any person participating as juror, advisor, consultant or otherwise, in performing a governmental function, but the term does not include witnesses.”

Despite its broad sweep, the New Jersey Supreme Court recently applied it narrowly. The defendant in State v. Morrison, a volunteer EMT, worked for a private rescue squad. The squad got municipal funding for back-up emergency medical services. The Court ruled an EMT falls outside the meaning of public servant.

The court’s holding did not turn on the fact that the squad provided only back-up medical services. Instead, the court excluded any EMT squad from the term “public servant” because the service is public and private. This post will summarize the Court’s analysis.

What is a Government Function?”

The Court looked at whether a volunteer EMT performs a “government function.” Along the way, the court turned down the State’s broader interpretation because

a private first-aid squad neither performs a service exclusively provided by the government in any traditional sense nor exercises authority of a uniquely governmental nature and because a first-aid squad’s contract to provide services to a governmental entity does not transform its employees into public servants.

When does a Private Entity Perform a Government Function?

Based on case law, a person or private sector entity performs a governmental function when

Indeed, case law shows some private entities perform government functions. One example is the head clerk of a Motor Vehicle Commission office, operated by a corporate entity. Based on a contract, the State gave its licensing and registration functions to the entity. Another example is an S.P.C.A. agent. The law gives them authority similar to the police and, remarkably, to carry weapons in the performance of their duties.

In this case, the Court applied the statute narrowly. The vague language called for a narrow interpretation based on the Rule of Lenity, as well as the right to Due Process.

Dismissing the second degree charge must be good news for this defendant. Instead of imprisonment, the defendant might be eligible for Pretrial Intervention or Probation when the trial court reviews the remaining third degree charges.