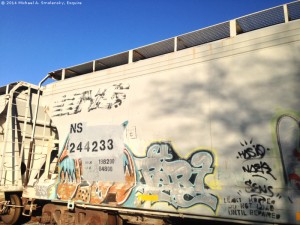 A New Jersey State Prison corrections officer allegedly took bribes to smuggle contraband, per the news. Initially, some heroin overdoses took place at the Trenton jail, according to the press. Subsequently, the Department of Corrections (D.O.C.) investigated. The defendant allegedly smuggled heroin, suboxone, marijuana, tobacco, and a cell phone, per nj dot com. Consequently, the State charged the defendant with Official Misconduct, under N.J.S.A. 2c:30-2. (In addition, the State charged money laundering, conspiracy to distribute drugs, bribery, and conspiracy to use certain electronic communication devices in correctional facilities, according to the press.)

In other news, the NJ Attorney General indicted a former state family services worker for official misconduct and sex assault. Initially, the defendant was supposed to escort two women on court-ordered child visits. And neither woman wanted to risk a bad report by the defendant. Nevertheless, he allegedly told one victim he wanted a relationship with her, and made sexually explicit comments to her. Later, he kissed and groped her. Finally, he had sex with her. And he allegedly placed another woman’s hand on his genitals, and told her to stimulate him if she wanted unsupervised visits. Though he kept his promise, he allegedly falsified reports to indicate he supervised the visits. And this contact allegedly continued, per the Attorney General, as the defendant allegedly demanded oral sex and intercourse. Meanwhile, he allegedly held her visits over her head, per the Attorney General.

Under New Jersey law, the elements of Official Misconduct the State must prove are:

Official misconduct is a second degree crime. But if the benefit in question has a value of $200.00 or less, then it is a third degree crime.

“Public servant” means any officer or employee of government, including legislators and judges, and any person participating as juror, advisor, consultant or otherwise, in performing a governmental function, but the term does not include witnesses.

“Government” means any branch, subdivision or agency of the government of the State or any locality within it.

“Pecuniary Benefit” is benefit in the form of money, property, commercial interests or anything else the primary significance of which is economic gain.

New Jersey State Prison: Five years to 10 years
Mandatory Minimum Sentence: Five years without parole, unless prosecutor persuades court otherwise
Fines: $150,000, or any amount equal to double the pecuniary gain to the offender or loss to the victim

New Jersey State Prison: Three years to five years
Mandatory Minimum Sentence: Two years without parole, unless prosecutor persuades court otherwise
Fines: Up to $15,000, or any amount equal to double the pecuniary gain to the offender or loss to the victim
Pretrial Intervention: Ineligible, except with approval of the Attorney General