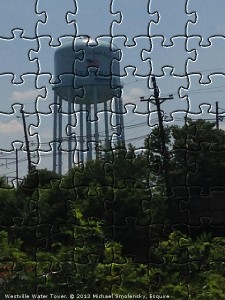 And in unrelated news, an unidentified man with a knife entered Bob’s News Stand in Westville, New Jersey. Subsequently, the suspect cut the store clerk’s hand with the knife, according to nj dot com. Consequently, police suspect this individual of robbery, according to the news.

Serious Bodily Injury means bodily injury which creates a substantial risk of death or which causes serious, permanent disfigurement, or protracted loss or impairment of the function of any bodily member or organ. N.J.S.A. 2c:11-1(b).

Pursuant to New Jersey law, a person is guilty of second degree robbery if, in the course of committing a theft, he:

Almost Any Little Amount of Force Will Do

Although other distinctions apply to the robbery and simple assault statute, this post does not discuss them.

Theft under the law of New Jersey occurs if a person “unilaterally takes, or exercises unlawful control over, movable property of another.” Additionally, the individual must act with the purpose to deprive the owner of his property. N.J.S.A. 2C:20-3.

A person charged with Robbery under N.J.S.A. 2C:15-1 faces a second degree crime.

Furthermore, the crime may be graded as a first degree offense if in the course of committing the theft the actor attempts to kill anyone, or purposely inflicts or attempts to inflict serious bodily injury, or is armed with, or uses or threatens the immediate use of a deadly weapon.

Additionally, the No Early Release Act (NERA) applies to robbery. Indeed, NERA requires prisoners to serve a mandatory minimum sentence. Specifically, anyone convicted of robbery must serve at least 85% of the sentence before becoming eligible for parole. N.J.S.A. 2C:43-7.2.

Did the cops charge you with Robbery?