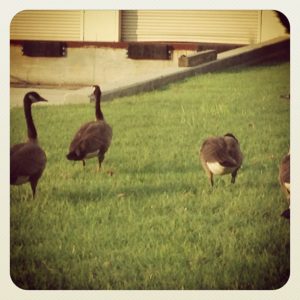 Thomas Tramaglini’s life took a turn for the absurd, and there might be no end in sight. Indeed, he used to be the superintendent of the Kenilworth School District in Union County, New Jersey. Additionally, he earned a Ph.D. in Educational Administration, a master’s degree from Rutgers, and a bachelor’s degree from Fairleigh Dickinson. Thus, Mr. Tramaglini appears to be a highly educated and accomplished adult. But his educational and professional achievements lost their significance when the media got ahold of a story about his arrest. And that is how the smear campaign began because when the media got hold of this story, they ran with it. Aided and abetted by social media and the World Wide Web, news reports about allegations of charges against this man for public defecation near a high school track about 3 miles from his home spread across the globe.

The reports went further, however, repeating the unsubstantiated claim with respect to Mr. Tramaglini that it had been an ongoing problem. And putting two-and-two together fueled a theory based on the inference that Mr. Tramaglini must have been a repeat offender. Even though the State shoulders the burden to prove any case like this beyond a reasonable doubt, that standard does not apply in the court of public opinion. On the contrary, the media perpetuated this theory, and social media gobbled it up.

Mama always taught me, “It’s a cold, cruel world.” Speaking only in general terms, it is hard to expect much sympathy for a person who defecates in a public place. Indeed, the act of public defecation conjures up images of a person with mental instability. Obviously, it is disrespectful of others who also traverse the area. Additionally, it is unhygienic. Furthermore, it stinks. Moreover, most public areas that allow pets have signs admonishing owners about the consequences of failing to clean up their pet’s stool. In short, the idea is gross. Perhaps the contrast between the mental image of a mentally unstable person and an accomplished superintendent fueled the barrage of insults about this man on social media.

Despite public opinion, however, and despite having been charged with lewdness and littering, ultimately Mr. Tramaglini appears to have plead guilty to one count of public defecation in violation of the Holmdel Municipal Code. It appears other charges were downgraded and dismissed based, at least according to his attorney, on proof that he was not in the vicinity of the school on the dates of other alleged acts of public defecation.

Notwithstanding my general view about the issues related to public defecation, a part of me feels badly for Mr. Tramaglini. This is because the collateral consequences of this life altering experience will inevitably follow him for the rest of his life. Thanks to the Internet, the only thing separating this incident from any prospective employer is a Google search.

The Holmdel Municipal Code prohibits public defecation in or in view of a public place. For purpose of this subsection only, a public place is defined as a location where the prohibited conduct may reasonably be expected to be viewed or could be viewed by others.

All fines imposed and collected under and by virtue of this section shall be paid into the Treasury of the Township.