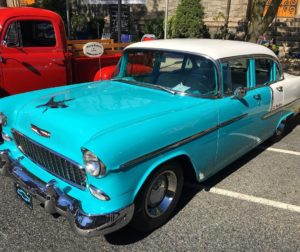 Cops from Lakehurst, New Jersey, recently charged a woman with defrauding the administration of a drug test, among other offenses. It all started on a recent Sunday afternoon. A cop stopped a motor vehicle for an alleged broken brake light. For reasons omitted by the news release, the cop searched the vehicle. Subsequently, he found methylenedioxymethamphetamine (MDMA or Molly), a syringe, drug paraphernalia, and a bottle of urine, per the news. The passenger allegedly admitted her plan to sell the urine to a friend. She allegedly told the cop the purpose was to help the friend pass a drug test. Consequently, the cop charged her with defrauding the administration of a drug test, per the news. Additionally, he charged the passenger and driver with MDMA, hypodermic needle, and paraphernalia possession. Finally, he charged the driver with CDS possession in a car and failure to maintain lamps.

a. As used in this act, defraud the administration of a drug test means to submit a substance that purports to be from a person other than its actual source, or purports to have been excreted or collected at a time other than when it was actually excreted or collected, or to otherwise engage in conduct intended to produce a false or misleading outcome of a test for the presence of a chemical, drug or controlled dangerous substance, or a metabolite of a drug or controlled dangerous substance, in the human body. It shall specifically include, but shall not be limited to, the furnishing of urine with the purpose that the urine be submitted for urinalysis as a true specimen of a person.

b. Any person who offers for sale or rental, or who manufactures, sells, transfers, or gives to any person, any instrument, tool, device or substance adapted, designed or commonly used to defraud the administration of a drug test, is guilty of a crime of the third degree.

d. Any person who knowingly defrauds the administration of a drug test that is administered as a condition of monitoring a person on bail, in custody or on parole, probation or pretrial intervention, or any other form of supervision administered in connection with a criminal offense or juvenile delinquency matter, is guilty of a crime of the third degree.

e. Any person who knowingly possesses any instrument, product, tool, device or substance adapted, designed or commonly used to defraud the administration of a drug test is guilty of a crime of the fourth degree.

f. Any person who knowingly defrauds the administration of a drug test which is administered as a condition of any employment or continued employment not specified in subsection c. of this section is guilty of a crime of the fourth degree.

Therefore, a market developed for the sale and distribution of products to avoid detection. Some examples include urine kits and detoxification products like shampoos. Additionally, other examples consist of additives to evade detection of alcohol and drug use. Moreover, urine kits included a pouch with urine, tubing, and a heat packet to warm the sample to avoid detection.

Thus, on August 3, 2002, the New Jersey Legislature enacted the law against defrauding the administration of a drug test under N.J.S.A. 2c:36-10.

South Jersey Criminal Defense Lawyer Michael Smolensky, Esquire, knows how to protect his clients. Indeed, a charge of defrauding the administration of a drug test calls for an aggressive defense, and Mr. Smolensky can provide consultations for all such cases. Call Now—(856) 812-0321.