The life of the law has not been logic; it has been experience…
Oliver Wendell Holmes Jr., The Common Law 1 (1881). 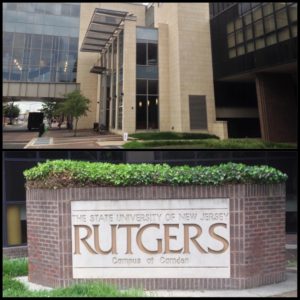 The Hopatcong cop charged with simple assault after his encounter with an air horn wielding individual in a bunny costume has made the news again. If nothing else, this will provide a case study, an object lesson if you will, in the justifications for punishment. I learned this in law school, so you might want to pay attention.

Apparently, the Sussex County First Assistant Prosecutor recently charged the officer with harassment, too. Indeed, one might say the government is providing the officer with on the job training for something that the criminals already know—don’t get caught. And let’s be candid. The police have a long tradition of using physical force when exercising control over disorderly suspects.

Additionally, this contrast in positions gives rise to the good guy-bad guy distinction that government officials amuse themselves with. More than self-control, however, law enforcement authorities expect cooperation from suspects. Therefore, they shout, threaten, and engage in other tactics of persuasion during interrogations. Furthermore, this never bothered law-abiding society much, if at all, because the ends—protecting law-abiding people from the specter of crime—justified the means. And the First Assistant Prosecutor for Sussex County cannot be oblivious to any of this.

Does this mean the Sussex County Prosecutors Office charged the officer for simply having the misfortune of getting caught on video? Don’t expect them to admit it. I would sooner expect the government to dust off the justifications for punishment from first year Criminal Law.

Generally speaking, there are two schools of thought with respect to the justifications for punishment. One school is utilitarian, and he other is retributivist.

The utilitian calculates for the net benefit of society, whose criteria to justify punishment include general deterrence, specific deterrence, and rehabilitation.

These schools of thought most likely do not occupy the minds of sentencing judges. Nevertheless, they animate the policy considerations of the sentencing criteria that judges must follow. When a judge sentences an individual convicted of an offense, the judge will certainly look at the offense committed. Additionally, the judge should give proper weight to the whole person standing before the court. This will allow the punishment to truly fit the person.