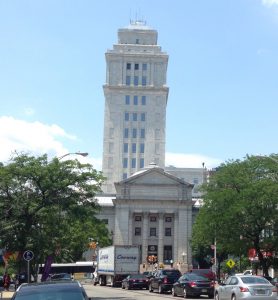 It happens. Not often, not even occasionally, but sometimes it happens. Indeed, “rarely” best describes a grand jury decision not to indict. Accordingly, in a rare occurrence, a Union County grand jury did not indict a police officer for allegedly shooting a man who attacked him. This post will summarize the right to a Grand Jury indictment in the context of New Jersey Attorney General Law Enforcement Directive 2006-5.

Shortly after 7 p.m. on Sept. 20, 2016, an assailant with a two-foot knife threatened residents in Clark, NJ, per the news. He allegedly threatened an elderly woman walking her dog. Subsequently, he chased other residents who came to help her.

Eventually authorities arrived, one off-duty officer on foot (Officer A), and one on-duty officer (Officer B). Officer B approached while in his car, and the assailant slashed his face through the open window. Seeing this, Officer A approached the armed assailant.

The Prosecutor’s Office presented the officer-involved shooting to a Union County grand jury. Subsequently, the grand jury returned a no-bill, declining to indict and finding the shooting was legally justified.

No person shall be held to answer for a criminal offense, unless on the presentment or indictment of a grand jury. N.J. Const. art. 1, ¶ 8

In all criminal prosecutions the accused shall have the right…to be informed of the nature and cause of the accusation… N.J. Const. art. 1, ¶ 10

The grand jury is of ancient origin. In our justice system, the grand jury safeguarded citizens against unwarranted criminal accusations. Additionally, it served as an accusatory body, advancing the public interest in the discovery of evidence.

The grand jury safeguards a defendant from criminal accusations unless it finds sufficient cause, or probable cause, for the charge. Probable cause means a prima facie case of the state’s evidence satisfying each element of the crime charged. Additionally, the State need not persuade the Grand Jury beyond a reasonable doubt. Instead, the Grand Jury need only find the defendant more likely than not committed each element of the crime. Finally an indictment memorializes this finding, and justifies subjecting a defendant to trial and other aspects of the ordeal.

New Jersey Attorney General Law Enforcement Directive 2006-5 and its 2015 revision (Directive) require the investigation of use-of-force incidents and their presentation to a grand jury. This Directive applies to any use-of-force by a law enforcement officer involving death or serious bodily injury to a person. Additionally, it applies to the use of deadly force with no injury. Furthermore, it applies where any injury to a person results from the use of a firearm by a police officer.

First, the Directive and its amendment calls for a comprehensive conflict of interest inquiry. It prohibits investigations to determine the lawfulness of police use of force by police agencies. Instead, it requires a County Prosecutor or the Division of Criminal Justice to conduct and directly supervise the investigation.

Second, it requires confidentiality of the investigation. Unless authorized by a superior, the investigation must not be shared either directly or indirectly with any law enforcement or civilian witness to the use-of-force event, including the officer under investigation. Any unauthorized disclosure must also be investigated and, among other administrative decisions, may be presented to a Grand Jury.

Third, the Directive prohibits a department or agency that also employs the officer under investigation from participating in the investigation.

Sixth, the Directive requires the ranking government official to prepare a public statement when the use-of-force will not be presented to the Grand Jury, or when the Grand Jury returns a “no bill.” The statement must include:

Finally, County Prosecutors must engage with members of their communities about the New Jersey Attorney General Law Enforcement Directive 2006-5. The programs should explain the

New Jersey Criminal Defense Lawyer Michael Smolensky, Esquire, knows how to protect his clients. Mr. Smolensky can provide consultations on all cases regarding the right to Grand Jury and Indictment. Call Now—(856) 812-0321