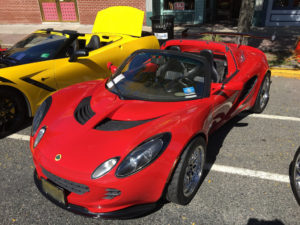 One from North Bergen and another from Clifton allegedly supplied various controlled dangerous substances to mid- to lower-level dealers. Indeed, the cops claim they seized marijuana with a street value of about $200,000. Additionally, they claim to have seized prescription medication, cocaine, currency, gold, and three vehicles. Finally, they claim they seized rifles, a stun gun, and a flintlock pistol, per the news.

a. Definition of conspiracy.

b. Scope of conspiratorial relationship.

No person may be convicted of conspiracy to commit a crime other than a crime of the first or second degree or distribution or possession with intent to distribute a controlled dangerous substance or controlled substance analog as defined in chapter 35 of this title, unless an overt act in pursuance of such conspiracy is proved to have been done by him or by a person with whom he conspired.

It is an affirmative defense which the actor must prove by a preponderance of the evidence that he, after conspiring to commit a crime, informed the authority of the existence of the conspiracy and his participation therein, and thwarted or caused to be thwarted the commission of any offense in furtherance of the conspiracy, under circumstances manifesting a complete and voluntary renunciation of criminal purpose as defined in N.J.S.2C:5-1d.; provided, however, that an attempt as defined in N.J.S.2C:5-1 shall not be considered an offense for purposes of renunciation under this subsection.

For the purpose of N.J.S.2C:1-6d.:
(1) Conspiracy is a continuing course of conduct which terminates when the crime or crimes which are its object are committed or the agreement that they be committed is abandoned by the defendant and by those with whom he conspired; and
(2) Such abandonment is presumed with respect to a crime other than one of the first or second degree if neither the defendant nor anyone with whom he conspired does any overt act in pursuance of the conspiracy during the applicable period of limitation; and
(3) If an individual abandons the agreement, the conspiracy is terminated as to him only if and when he advises those with whom he conspired of his abandonment or he informs the law enforcement authorities of the existence of the conspiracy and of his participation therein.

A person is a leader of organized crime if he purposefully conspires with others as an organizer, supervisor, manager or financier to commit a continuing series of crimes which constitute a pattern of racketeering activity under the provisions of N.J.S. 2c:41-1, provided, however, that notwithstanding 2c:1-8a(2), a conviction of leader of organized crime shall not merge with the conviction of any other crime which constitutes racketeering activity under 2c:41-1.


Did the cops charge you with Conspiracy?