Last week I blogged about the Fifth Amendment, Miranda v. Arizona1, and the right to remain silent. This post will summarize how New Jersey’s privilege against self incrimination applies more broadly than federal law. Additionally, it will look at issues related to federalism. 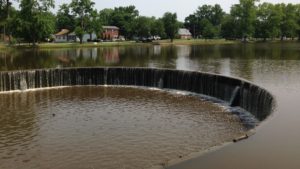 Before an American court will admit a confession, the State must prove the police informed the individual of her rights. Additionally, the State must prove s‎he knowingly, voluntarily, and intelligently waived her rights before she confessed. Indeed, these warnings negate perceptions related to psychological stress in police-controlled circumstances. This stress might compel a person to ‎speak where she would not have spoken otherwise.

Privilege Against Self Incrimination

Thus, political scientists, jurists, and other scholars may call this “Horizontal Federalism” within the context of New Judicial Federalism.

With respect to the relationship between each of the 50 states, scholars call this Horizontal Federalism. Indeed, each state has its own constitution and exercises power independently of the other 49 states. Consequently, with respect to one another, all States operate on an equal constitutional plane. Additionally, some individual rights and liberties that constrain state power fit within the framework of horizontal federalism.5

The right to remain silent and the privilege against self incrimination qualify as individual rights that constrain state power. Thus, some would consider New Jersey’s privilege against self incrimination an example of horizontal federalism. Indeed, each State is free to develop its own law to deal with its local needs and demands. Like New Jersey, the other 49 States are also free either to adopt federal legal standards in this area or independently develop the law of the State.

Experienced New Jersey Criminal Defense Lawyer Michael Smolensky, Esquire, knows how to protect his clients. Mr. Smolensky can provide consultations on all cases regarding the privilege against self-incrimination.

2 No person…shall be compelled in any criminal case to be a witness against himself… U.S. Const. amend. V.

4 This Constitution, and the Laws of the United States which shall be made in Pursuance thereof; and all Treaties made, or which shall be made, under the Authority of the United States, shall be the supreme Law of the Land; and the Judges in every State shall be bound thereby, any Thing in the Constitution or Laws of any State to the Contrary notwithstanding. U.S. Const. art. VI, cl. 2.