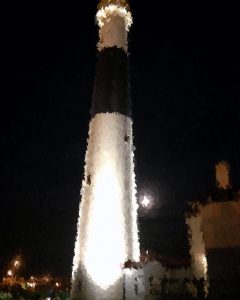 Indeed, these constitutional and legislative changes represent major reform, with the intent of promoting public safety and fairness.1 Thus, New Jersey criminal justice reform with respect to bail favors pretrial release, optional release conditions, and monitoring for defendants who pose little risk of flight or of committing another offense. Additionally, the new landscape involves a risk-based approach instead of monetary bail. Furthermore, the law incentivizes prosecutors to consent to this.

Of course this has caused concern for law enforcement authorities, from police on the street to the highest levels of the Executive Branch. Without dismissing their concerns out of hand, the law permits judges to order high-risk defendants detained pretrial without bail. But the court cannot order pretrial detention unless the State presents proof to justify it. Thus, the prosecuting authority must be willing to go to the effort to overcome additional burdens.

All persons shall, before conviction, be eligible for pretrial release. Pretrial release may be denied to a person if the court finds that no amount of monetary bail, non-monetary conditions of pretrial release, or combination of monetary bail and non-monetary conditions would reasonably assure the person’s appearance in court when required, or protect the safety of any other person or the community, or prevent the person from obstructing or attempting to obstruct the criminal justice process. It shall be lawful for the Legislature to establish by law procedures, terms, and conditions applicable to pretrial release and the denial thereof authorized under this provision.

The constitutional amendment came about when policy makers and the general public learned of the many defendants detained pretrial because they could not afford relatively small amounts of bail. Though not statistically significant, I have represented indigent clients who could not post a couple hundred dollars bail. Furthermore, reliance on money bail yielded absurd results in the view of policy makers. For example, it led to the pretrial release of high-risk defendants without appropriate individual assessments.1

The law allows a court, upon motion of a prosecutor, to order pretrial detention. But the court must find no condition or combination of conditions reasonably assure the achievement of the Bail Reform goals based on clear and convincing evidence.1, 2 And the Court may order money bail only as a last resort when no other conditions of release will reasonably assure the eligible defendant’s appearance in court.1, 2