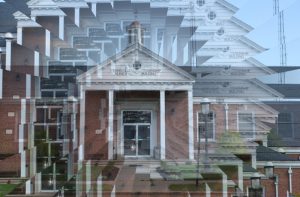 Consequently, local authorities charged Holmes with burglary as well as other crimes, according to the press. Additionally, authorities believe Holmes allegedly participated in other recent smash-and-grab burglaries in Gloucester County.

New Jersey law provides, “A person is guilty of burglary if, with purpose to commit an offense therein, he:

Burglary is a second degree crime if in the course of committing the offense, the actor:

The Contrast Between Common Law and Modern Definitions of Burglary

The New Jersey Code of Criminal Justice, however, does not use these elements. Instead, New Jersey law comports with the Model Penal Code. Accordingly, this represents an expansion in the legal definition of this crime.

First, common law burglary applied only to dwelling houses. But the modern definition of burglary applies to any part of a research facility or structure. Therefore, modern law expanded the places included in the crime’s definition.

Second, common law required proof of breaking and entering. But modern law only requires proof of entering or surreptitiously remaining without permission. Therefore, modern law does not require the government to prove breaking.

Third, common law limited burglary to nighttime incidents. Modern law, however, proscribes the conduct at any time. Therefore, the government can charge an individual irrespective of when the conduct took place.

Finally, common law required proof of the actor’s intent to commit a felony inside. This excluded intent to commit a misdemeanor. Modern law, however, defines the criminal intent with respect to “an offense.” Thus, this includes both indictable and disorderly persons offenses.

Accordingly, under modern law the State must prove the actor entered a structure with the purpose to commit an offense. Despite the broader definition of this crime, unless the suspect confesses to police or in court, the government must rely on circumstantial evidence to prove its case.