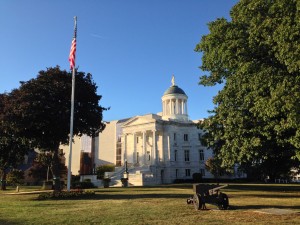 This entry will explain New Jersey and Federal law as each relates to suppression motion standing.

First, this will set forth the general standards under state law.

Next, this will explain standing under federal law.

Finally, this will define the particular categories for standing under state law.

The New Jersey Constitution confers broader standing than the Fourth Amendment. This comes from our State Constitution’s text. It guarantees “the right of the people to be secure in their persons, houses, papers and effects, against unreasonable searches and seizures.” N.J. Const. art. I, ¶ 7. With an emphasis on “effects,” state law provides an individual with standing in court based on a proprietary, possessory or participatory interest in either the area searched or the property seized.

Nevertheless, New Jersey courts go beyond the legitimate expectation of privacy. Under New Jersey law, standing is based on a defendant’s possessory, proprietary, or participatory interest in either the area searched or the property seized.

Generally speaking a defendant has automatic standing where possession is an essential element of guilt. Automatic standing promotes judicial economy. This is because it serves important policy goals. First, it protects individual rights. That, after all, is the reason our State Constitution has a Declaration of Rights. Second, it eliminates the wasteful requirement of making a preliminary showing of standing in pretrial proceedings involving possession. In other words, a client may be entitled to a hearing when he has been charged with possession.

A legal interest in the place searched or an ownership interest in the contraband establishes a defendant’s proprietary interest. And a proprietary interest is broader than a possessory interes. Thus, a defendant has standing to object to an unconstitutional seizure even if he is not present during the search.
Finally, a participatory interest examines the relationship of the evidence to the underlying criminal activity and defendant’s alleged criminal role. This concept is the broadest of the three. It considers the extent of the individual’s involvement in the alleged criminal conduct to which the seized evidence is related.

“The genius of federalism is that the fundamental rights of citizens are protected not only by the United States Constitution but also by the laws of each of the states.” State v. Hempele, 120 N.J. 182, 196 (1990). This means clients get their day in court as well as a determination on the merits.

Did the cops break the law while investigating you?

Experienced New Jersey Criminal Attorney Michael A. Smolensky, Esquire, knows how to protect his clients. Mr. Smolensky can provide confidential consultations in all investigations including your right to be free from unreasonable searches, seizures, and arrests.