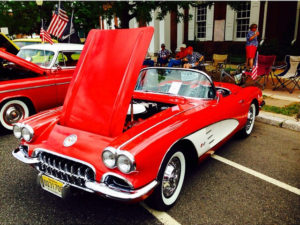 I have blogged about New Jersey v. T.L.O.1, Michigan v. Long2, and State of New Jersey v. Lund.3 Those blog posts explained the holding and reasoning of the majority in each case. This post, however, will go to the heart of judicial power: using the law. Nowadays this issue seems to be especially important. Indeed, the news extensively covered one of President Trump’s executive orders banning Muslims from entering the United States. And after Trump criticized a judge for blocking the order, some people defended that judge and the judiciary as an independent branch of government.

Known as “Separation of Powers” doctrine, the Constitution divides the branches of our federal government and the power each exercises. Nevertheless, these critiques placed too much emphasis on separation with little to no understanding of power. To the contrary, judges exercise power when they use the law to go where they want, irrespective of what the public might consider right or moral. And it is nothing like the exercise of legislative power.

In State v. Lund, New Jersey Supreme Court Justice Stewart Pollock concurred with the result reached by the court majority. But his reasoning leaves more questions than it answers.

For example, in comparing the majority and dissenting opinions, Justice Pollock observed how the differing approaches illustrated the unavoidable uncertainty of relying solely on federal law to resolve search and seizure cases. But this begs the following questions:

Based on how many vehicle searches take place in New Jersey, Justice Pollock recognized the importance of this issue for not only the suspects, the police, and the public, but also for the administration of justice (which of course means the courts).

Justice Pollock criticized the Court majority for failing to address the defendant’s points under article 1, paragraph 7 of the New Jersey Constitution in addition to its Fourth Amendment advocacy. Additionally, Justice Pollock cited sweeping language about the importance of developing State Law to preclude SCOTUS review.

The Crux of Judicial Power

Intentionally or not, it seems to me Justice Pollock answered all these questions when he drew attention to New Jersey v. T.L.O. Justice Pollock proudly pointed out how SCOTUS acknowledged the similarity between the Fourth Amendment reasonableness under all the circumstances test with the New Jersey Supreme Court’s reasonable grounds test. Indeed, Justice Pollock joined with the majority in State ex rel. T.L.O.4 But he laments how the SCOTUS reversal resulted solely from the Court’s perception that New Jersey’s opinion reflected a somewhat crabbed notion of reasonableness.

Those five words must have reverberated uncomfortably for Justice Pollock. Notwithstanding the judiciary’s hierarchy, judges like to have the final word. They do not like to be appealed, and they certainly do not like to be reversed.

The law is not sacred. Developing state law provides a state court with the power to have the final word. Do not suppose it is for the benefit of the public. Likewise, do not believe they do it to provide the citizens with greater rights. And you are mistaken if you think it is because judges have soft sentiments for criminals. Additionally, it is not related to the needs of the police. Furthermore, it has nothing to do with the general concept of judicial economy.

Justice Pollock’s brief concurrence raises questions that speak volumes about the exercise of judicial power. Judges know about using the law to go where they want to go. It is an aspect of judicial power that most people simply fail to understand.